Three Routes the Government Is Following To Take Over the Internet

Image via WikipediaThe Obama Administration has been trying at least three distinct approaches to ending freedom on the Internet, initially under the pretext of copyright protection or consumer protection. The main goal is to take the internet under government control, so that content ultimately has to have government approval or be subject to removal and websites controlled to the point of removal and the banning of “offenders” from using the Internet.

The triple-threat strategy has been to act (1) through a legislative initiative, promoted in Congress by Sen. Patrick Leahy (D-VT) and sponsored by Hollywood, known as COICA (2) through a treaty styled as a trade agreement called an Anti-Counterfeiting and Trade Agreement (ACTA), and (3) through a decree by the Federal Communications Commission (“Net Neutrality”).

COICA
The COICA (Combating Online Infringement and Counterfeits Act) bill received unanimous approval in the Senate Judiciary Committee, which I find quite disappointing. This bill is a form of generous corporate welfare and collusion with “intellectual property owners,” with government preparing to go after any and all who might displease the mighty RIAA and MPAA, whether or not any law is broken, The Attorney General would become the copyright errand boy for these interests, as well as large content providers, taking over the work they don’t want to be bothered with doing for themselves, i.e. protecting their interests. Why not get the government to do it for them and save them a few millions?

As Daniel Greenfield reports at his Sultan Knish blog,

Some conservatives are defending COICA as a means of protecting private property, but it's not. It creates a privileged status for specific industries through government action, which those specific industries paid for. This is classic 'Rent Seeking Behavior' which uses government force to protect a bad business model. Hollywood is suffering from the plague of piracy because of its own convoluted structure and its need to negotiate every iota of every action with its own unions. Rather than adapt and evolve, it uses lawyers and lobbyists to protect its defective business practices. And having a 'red phone' to the AG's office in order to protect defective business practices does the entertainment industry no favors in the long term. [1]

RIAA, MPAA, Time Warner, etc., can defend their own interests without special help from the government. As usual, most economic and social abuses from the private sector involve the misuse of government power. This is not an example of free-market activity, but its opposite.

Senator Ron Wyden (D-OR) has placed a hold on the COICA bill, meaning it must be reintroduced in the new Congress in order for it to be considered. [2]

The final outcome remains to be seen, but, as Webster writes, “It's too early to say for sure, but Oregon Senator Ron Wyden could very well go down in the history books as the man who saved the Internet.” [3]


ACTA
ACTA, according to the Swiss Federal Institute of Intellectual Property, has seen its eleventh and final round of formal negotiations, with only a few issues remaining to be resolved. [4]

As mentioned in my previous article, quoting published sources, negotiations have been conducted in secret, and the U.S. denied Freedom of Information Act requests on “national security” grounds.

With ACTA, powerful intellectual property holders are getting several, and eventually many, governments to go after citizens and companies that do things they don’t like, inflicting punishment without sufficient due process or even proof that wrong has been done.

Presumably, nations could modify their participation in the agreement through their own legislation, but there would likely be strong pressure on even non-signatory nations to comply. The agreement would co-opt the present mechanisms for protecting intellectual property and nations which had no input in the negotiations would have to obey, or else face economic consequences.

Worse, since ACTA is structured as a “trade agreement,” it would not need Senate approval like a normal treaty. It’s a bureaucratic takeover of great proportions, aimed largely at the Internet.

Some of the more controversial items have been watered down or removed, but ACTA is still an objectionable, unnecessary, and dangerous agreement.

Net Neutrality
As for “Net Neutrality,” the FCC has overstepped its bounds. In fact, the agency has outlived its usefulness and ought to be abolished. I plan to write another article on the FCC’s issuance of “Net Neutrality” regulations. As of now, the new regulations have been approved, but not released.

Conclusion
The Obama Administration has seen an opportunity to take control of the Internet. As mentioned above, it is a move to use government power to protect “intellectual property” interests of the entertainment industry, using unconstitutional and unethical measures that will destroy Internet freedom.

However, the problem goes much deeper and, if unchecked, must ultimately lead to government control of Internet content. Through claims of copyright violation, the government can go after any Internet site that they oppose, and largely silence opposition. In the hands of a power-seeking government (the Obama Administration and Congressional Democrats), partnered with other governments that want bureaucratic control over the people (the EU, for example), the groundwork is being laid for tyrannical rule of the Internet by unelected bureaucrats through means that defy direct opposition.

Traditionally, intellectual property issues have been dealt with as civil matters, but in line with the government’s trend of a few decades, more and more actions have been criminalized. So “violators” may face jail time or fines and a criminal record even where nothing wrong has been done. An allegation might be sufficient.

COICA seems to be off the table for the moment, but don’t doubt that it will be back soon. We’ve yet to see the impact of the FCC’s “Net Neutrality” rules, or how the courts will finally rule in any of these matters. Internet freedom at this moment is more endangered than ever. Our best hope is citizen awareness and involvement putting pressure on our government officials to do their duty and protect our rights. The Tea Party has demonstrated that concerned citizens can affect public policy. 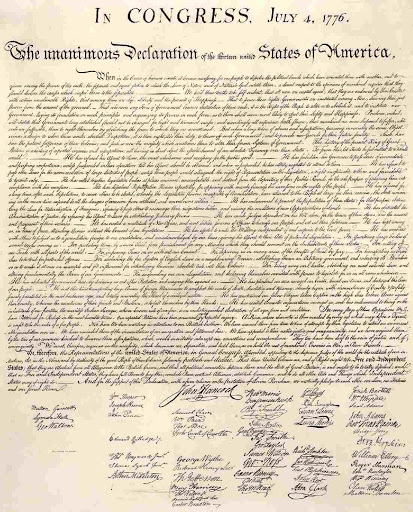 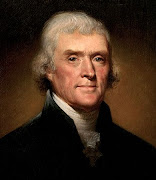 I have sworn upon the altar of God eternal hostilityagainst every form of tyrannyover the mind of man.

This site uses cookies from Google to deliver its services, to personalize ads (if any), and to analyze traffic. Information about your use of this site is shared with Google. By using this site, you agree to its use of cookies.

[Words of the LORD]

I will give children to be their princes,

And babes shall rule over them.

The people will be oppressed,

The child will be insolent toward the elder,

And the base toward the honorable.

The look on their countenances witnesses against them,

And they declare their sin as Sodom;

They do not hide it.

Woe to their soul!

For they have brought evil upon themselves.

As for My people, children are their oppressors,

And women rule over them.

O My people! Those who lead you cause you to err,

And destroy the way of your paths.

"Courage, then, my countrymen, our contest is not only whether we ourselves shall be free, but whether there shall be left to mankind an asylum on earth for civil and religious liberty."

“Be not intimidated… nor suffer yourself to be wheedled out of your liberties by any pretense of politeness, delicacy, or decency. These, as they are often used, are but three different names for hypocrisy, chicanery, and cowardice.”

Good Quote for These Times

“It is time to stop giving global warmers the benefit of doubt—they are loons.” – David Archibald

Unjustly demonized by politicians, journalists, historians, and others who suppressed information or didn't bother to check the records

This work is licensed under a Creative Commons Attribution 3.0 Unported License.

“Silence in the face of evil is itself evil. God will not hold us guiltless. Not to speak is to speak, and not to act is to act.”

"Government IS the problem."

"Underlying most arguments against the free market is a lack of belief in freedom itself."

Eddie Howell
Retired minister, conservative in Christianity and politics, blessed with a great family and a great country to live in.